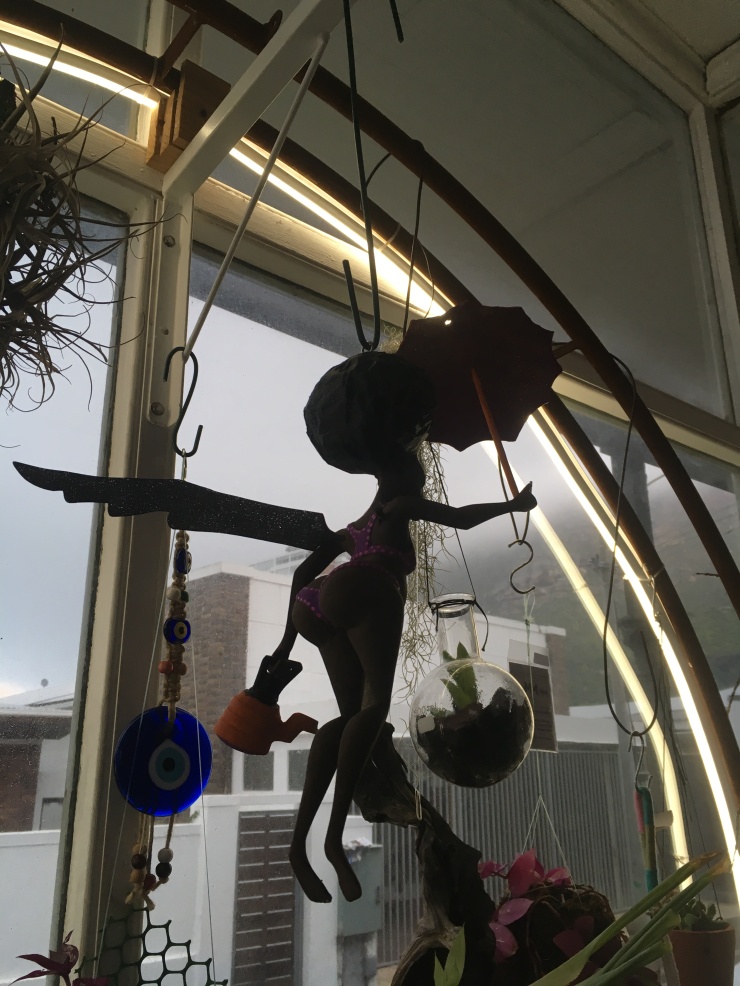 Since meeting Credo Mutwa life has gotten deeply connected so much for that the attracting game seems to be playing at speed. Unless you are interested in planetary wave of the stuff. A few months ago after a short conversation with an acquaintance who needed some help developing their arts career a little further. I headed out to see one of my co-creators who might be able to help. This year my Radical Curatorship idea has been slow to take off. Which was far more to do with personal circumstances than anything else. Yes, that stuff. Yes, the stuff of life. Anyway, I had initially considered the idea of taking on some form of agency rolls and then I remembered how much admin and sales bore me. That it is the deep hard conversations of creation that pulls me in, that make my life magic.

And just like that Ingrid turned up at the door. Ingrid had collaborated with Credo for twenty years, she was even selling DVD’s she had made of him talking about ancient and sacred sites in South Africa. Not only this she had been deeply involved in the creation of the Rainbow Nation. How odd it all seemed. I hadn’t yet been introduced to the idea of Synchro Destiny by Deepak Chopra yet though. So in retrospect, it all makes perfect sense. We had a 5-hour conversation that didn’t stop and we weren’t even drinking that much at all. We rhymed on about the appropriation of ancient African culture, its misinterpretation combined with misrepresentation and the impacts of trauma on the South African story. That ancient wisdom and history were getting lost and that there seemed barely enough time to catch it before it disappeared into the ether.

More than this it seemed to be frequently misappropriated by ‘white men’ in order to pursue unauthenticated ideas of ancient history where they had barely consulted a local.  That somehow there own guesswork might be better informed than people who had lived in the location for generations.

One of the things that of course came up was my insight into the Kuruman Moffat Station where David Livingstone had lived. How under-resourced it was and how it may well by an excellent site to develop a museum that or cultural site that acknowledges the impacts of colonialism on the Southern African culture and how better working practices could be put in place to help guide both cultural collaboration and initiatives in the future. it could also be used as a centre for African spiritual studies, while still serving local theologians. It was exciting to find that we shared the same view and that we also wanted The Eye of Kuruman to be restored to its natural state and that Kuruman itself could be developed as a cultural centre, where Credo’s work could also be showcased in potentially in conjunction with the Credo Mutwa Trust.

Of course of five hours there was so much more information exchange than I can share here. The thing is the connections were made from nowhere and just like that it would appear SynchroDesstiny was activated.